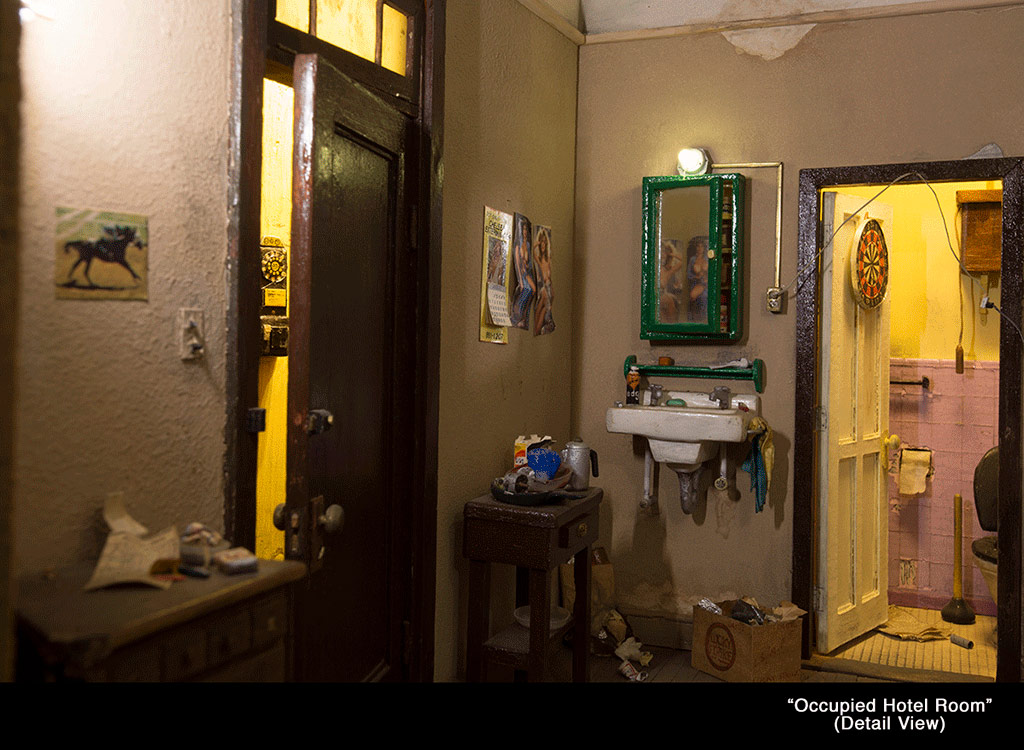 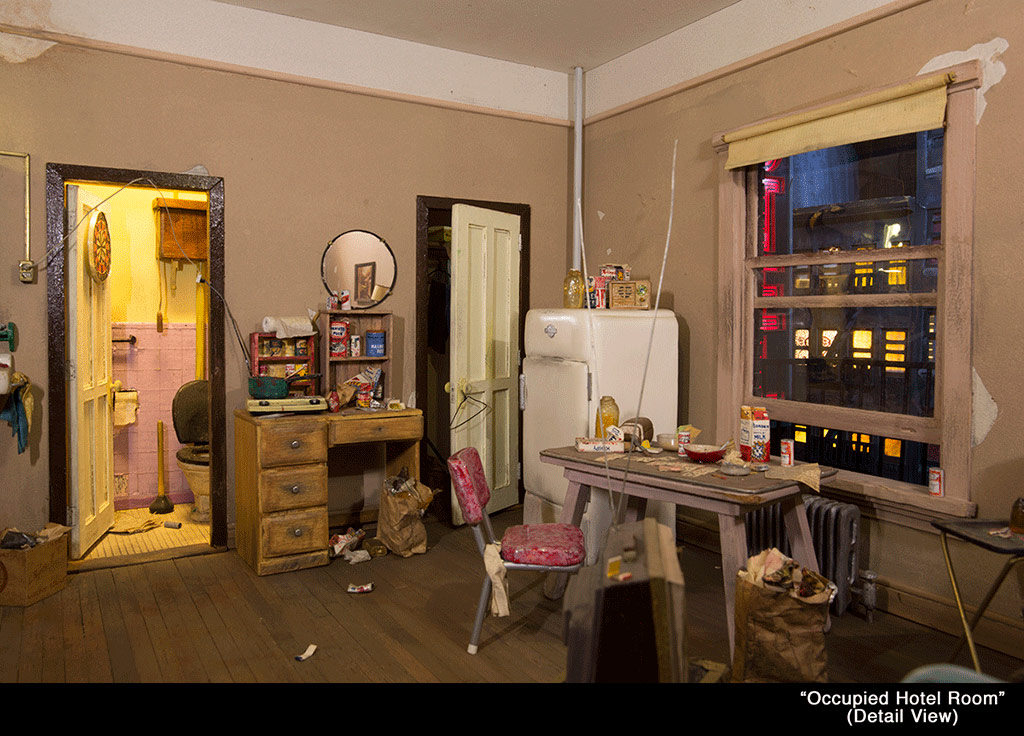 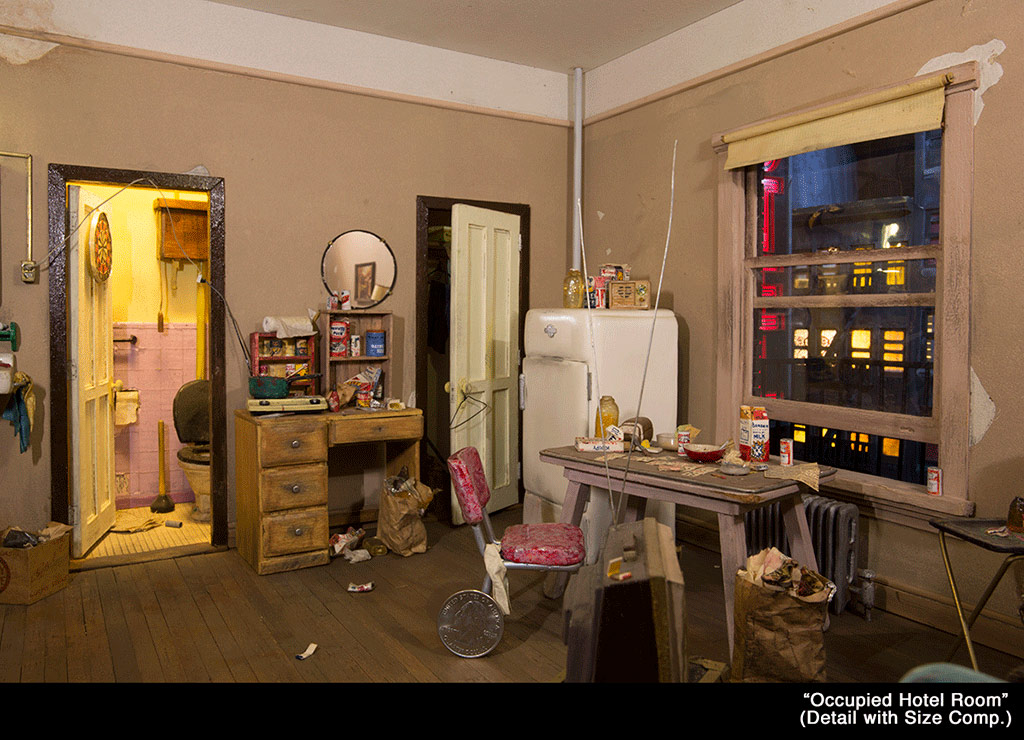 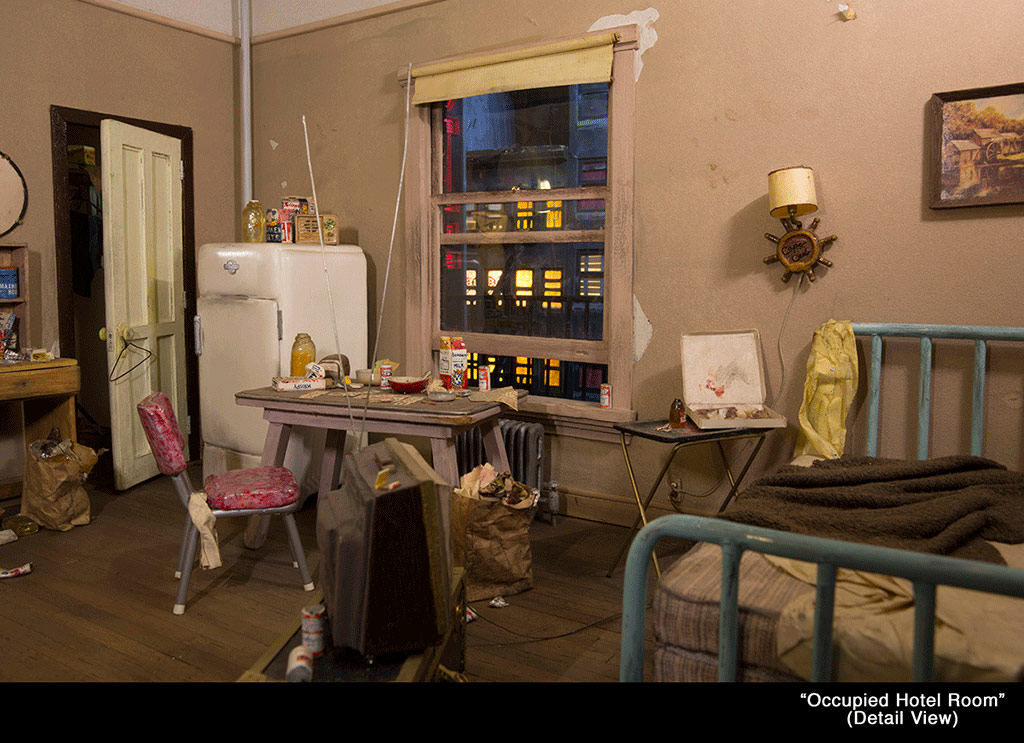 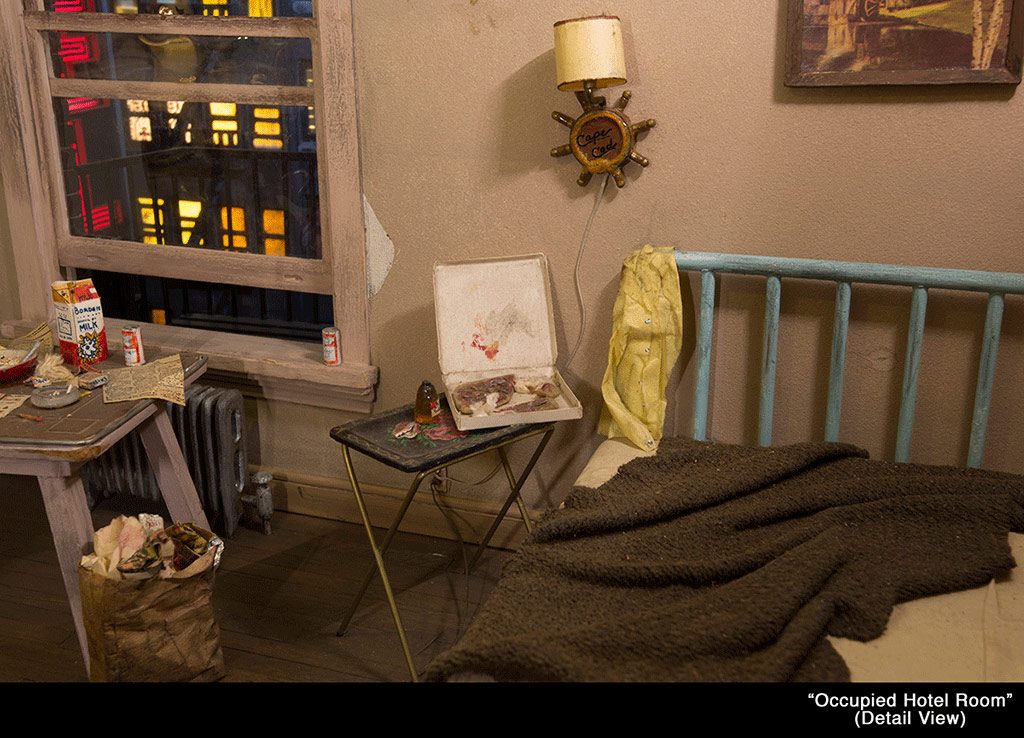 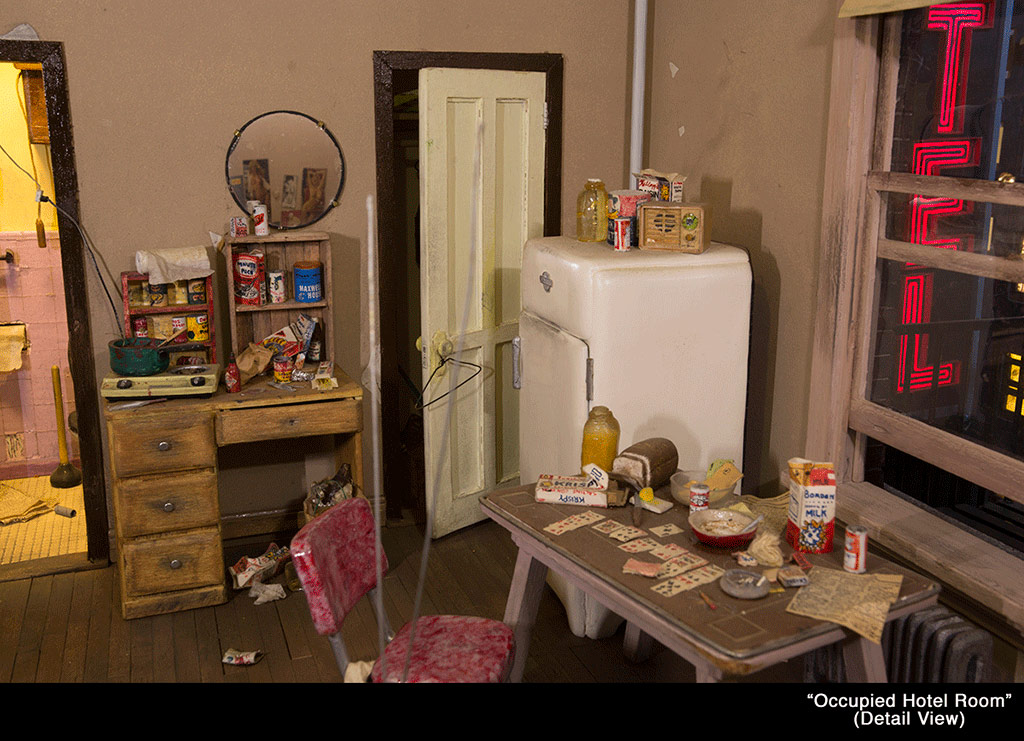 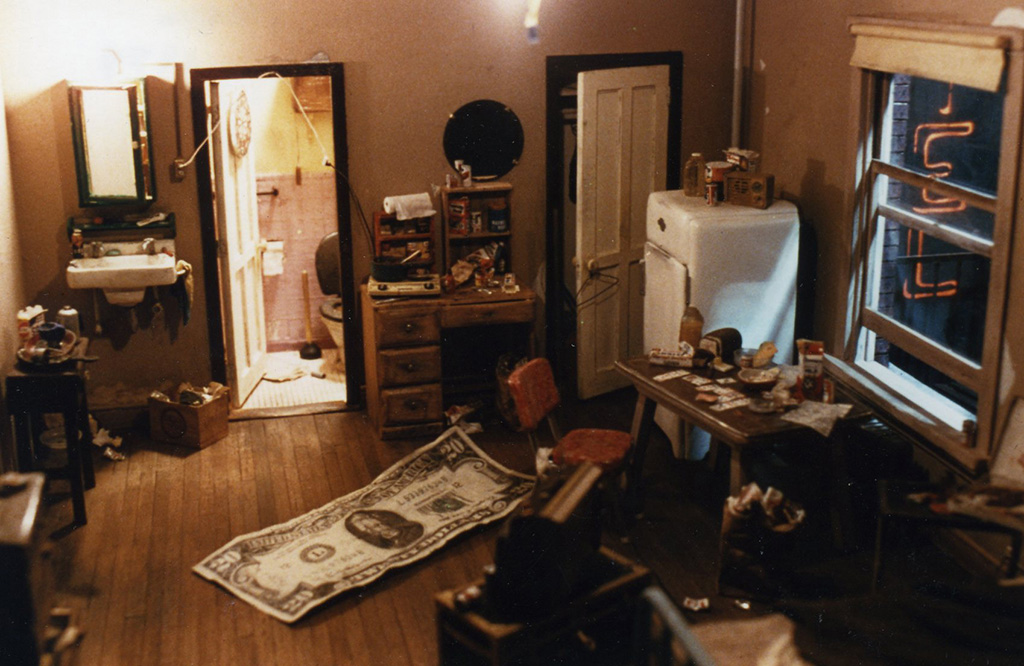 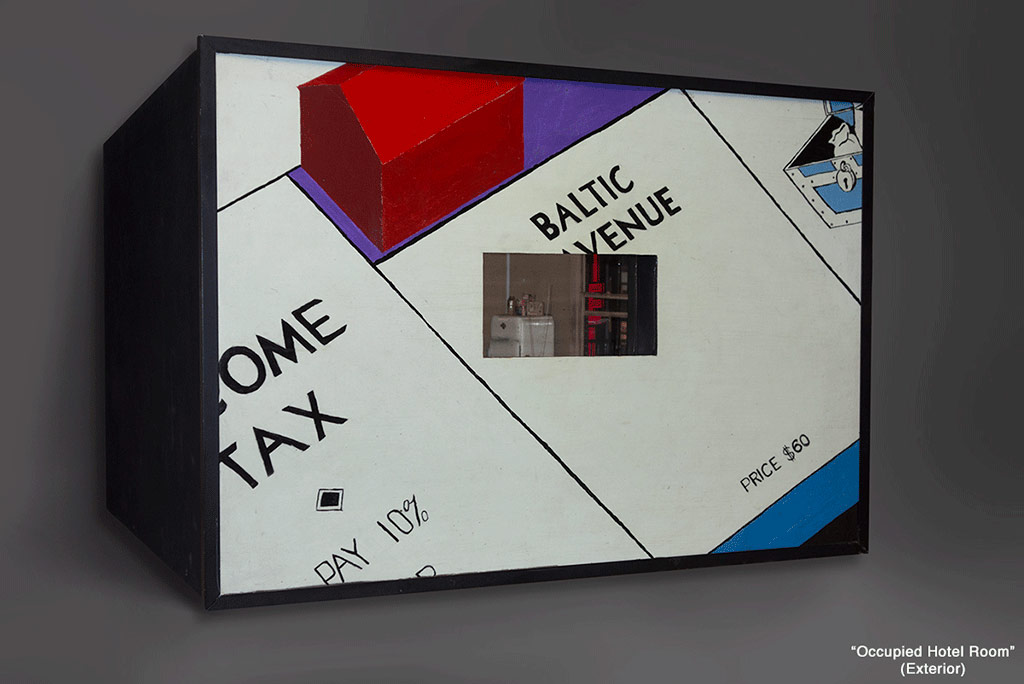 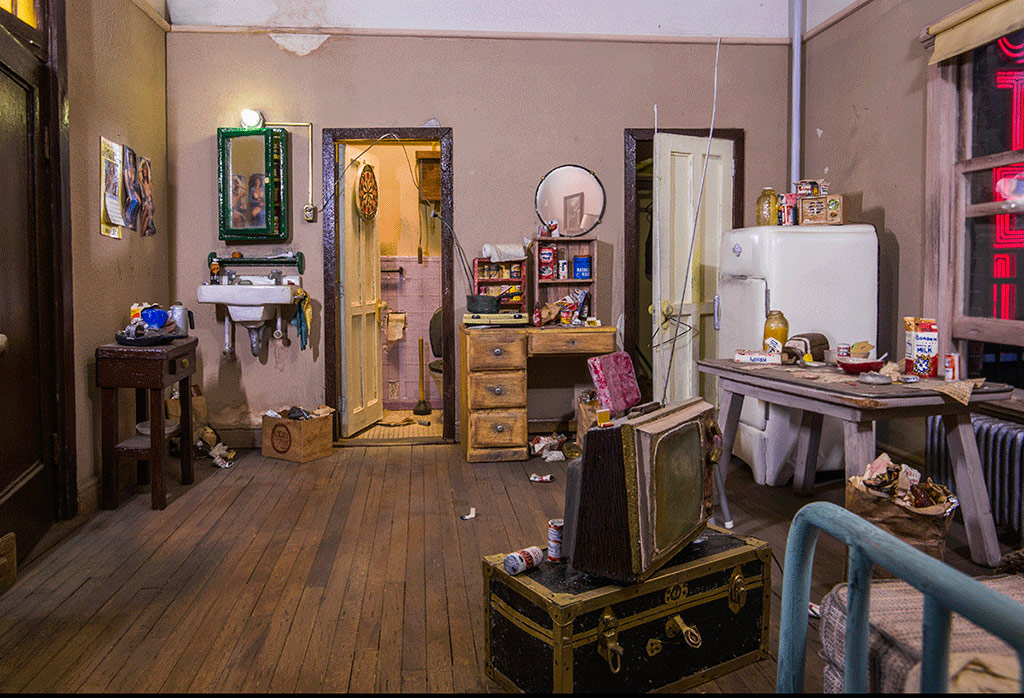 OCCUPIED HOTEL ROOM was finished in 1979, and was the second piece I ever built. The first was a subway car interior that was more in the style of an architectural model. With the hotel room, I decided to include more detail to make it more realistic, and interject a narrative element. All the work I have done since has had a narrative component.

This piece was built in a scale twice as large as what I usually work in now — one inch = a foot (which is the same scale used in dollhouses). I have since switched to half-inch = a foot, which I feel presents a more intimate environment. It also allows me to build more 'real estate' into smaller spaces.

Almost everything is made of wood, cardboard and paper. I hadn't yet discovered plastics as a building medium. The room was built into a box that had a small rectangular 'peephole' on the front. There was a hidden view in the circular mirror on the opposite wall—you could see the reflection of the wall you were supposedly looking through, which had girlie pinups over the bed. There was also a 'HOTEL' sign that flashed on-and-off right outside the window.